What Robert Collier wrote in his Letter Book is timeless - here's a course so you can study it.

Finding this book was so good, I had to make you a copy - so much I endured the bad copies I could find in order to give you a good one. 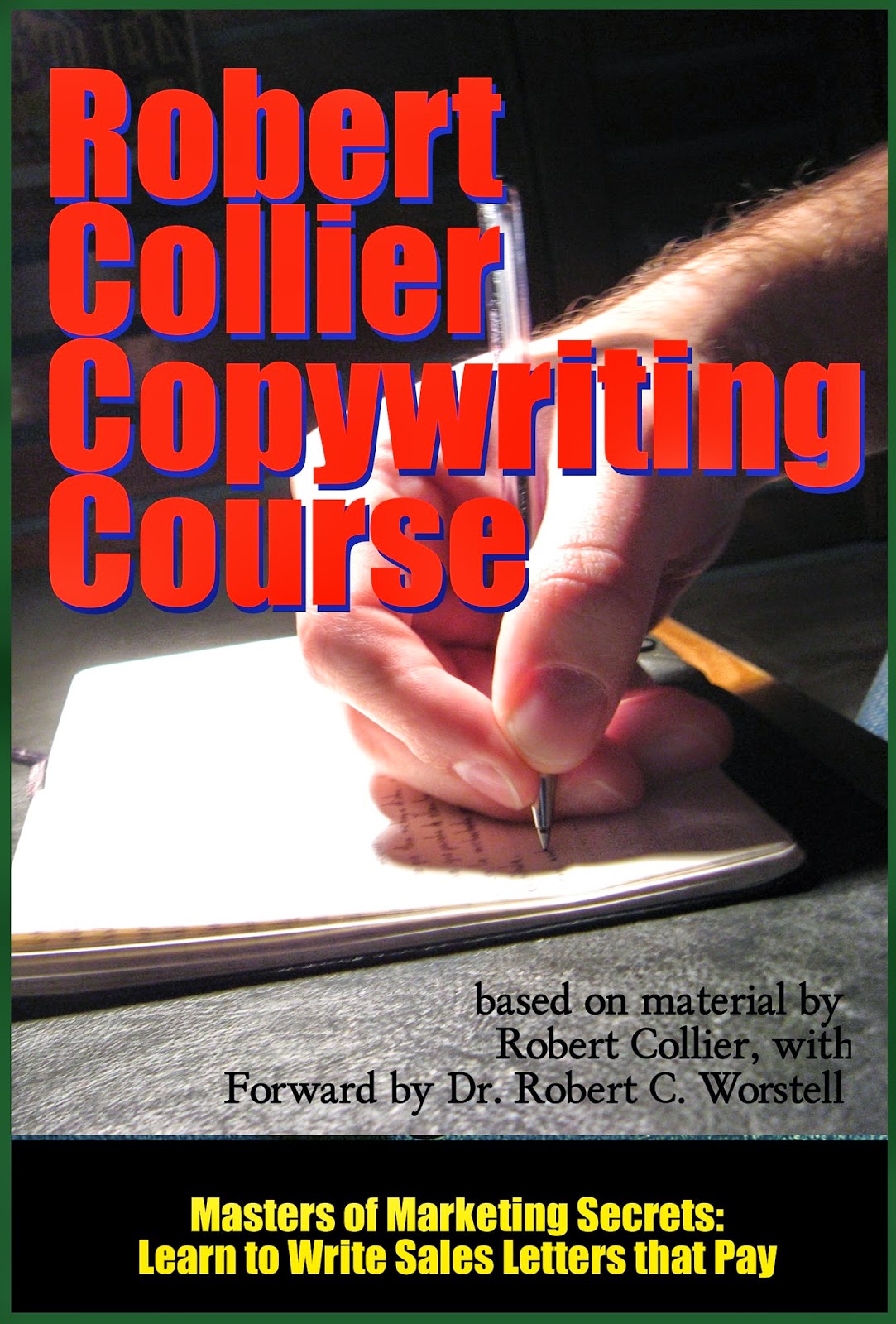 I worked from three different versions of his Letter Book (available as PDF downloads) in order to give you something that made sense (and had a lot fewer typo's.)  Lots of hard work. At the end, I was able to give you his whole Letter Book in a nice format - but you have a lot to do and not much time. So I brought out the key ten chapters where he told how it was done. Most of the rest is simply how it's applied to various industries, including how to sell the Letter Book itself.

This Letter Book is so popular, there is even a squabble over the public domain rights to it. Which is just another reason to give you an abridged (derivative) copy, and avoid that hassle.

Because you deserve to have the data in a way you can read it.
It's now available in versions you can put on your smartphone, tablet, and/or computer - as well as a paperback you can read, underline, highlight, dog-ear and generally tear into as a study guide.
I'll give you a proper review (and put these chapters into an ecourse so you can study them via your in-box) once I get the rest of the series wrapped up.

WHAT is there about some letters that makes them so much more effective than others?

A letter may have perfect diction, a finished style; it may bristle with attention-getters and interest-arousers; it may follow every known rule; yet when it reaches the Hall of Judgment where the reader sits and decides its fate, it may find itself cast into the hell of wastebasket-dom...

People will give, when you have stirred their emotions. People will invest, when you have aroused their cupidity. And people want to know the future, so if you can persuade them that you are any sort of a Seer or a Prophet, they will buy your forecasting service.

It all comes back to the point we made in the beginning—"What do they want?" What is the bait that will attract your fish and make them bite? Find that—and you will be as successful in bringing back orders as any angler can be with a properly baited hook in bringing in the fish.

Get your copy today and learn the Masters of Marketing Secrets!

Also - part of a new binder-collection: 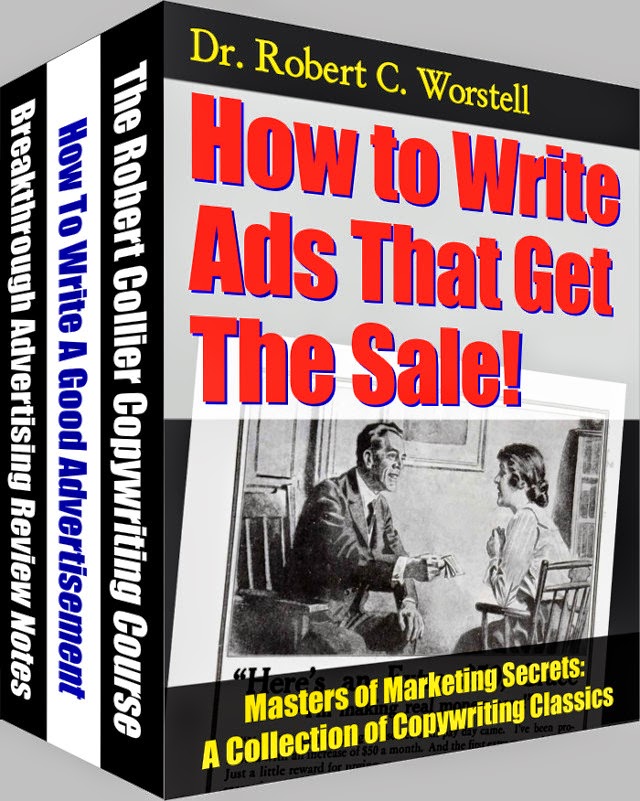 I thought I was all done, after months of researching and editing and sweating over these old, out-of-print books – bringing these age-old truths back into print.

Then I saw that there was one more collection which needed to be created.

While the Masters of Marketing Secrets series had already been mined for the history of Advertising, and Salesmanship classics, I still hadn't told anyone which were the key books out of that dozen which held the core datums where a person could learn the “rainmaking” skill of copywriting.

That was how this series started. Looking up someone who was as much an “accidental” millionaire as he had any other reason for getting rich, he mentioned that in order to start a home business, you had to have a “rainmaking” skill – something which would bring in the sales.

It turns out they had it partially right – much like the rest of their “home business” advice. (Did I mention he was an “accidental” millionaire?)

Anyway, it turned out to be more than he imagined. That guy learned from some real jokers in the deck. Thought being a “market leader” was being arrogant. That isn't what the real marketers ever said, only some Johnie-come-lately wannabe's.

The real copywriters spoke to people – as close to one-on-one is as possible with direct mail or classified ads. People like Joe Sugarman, Bob Bly, and Eugene Schwartz were the most recent users and evangelists of this real-world approach to selling things.

A little more research uncovered the true mentors who had laid this out at the turn of the last century. What they said then still hold true – because humankind hasn't really changed much in the last 10,000 years.

Those few books broadened out to a dozen. All from people who had tested and proved the principles as basic, and applicable to any and all marketing and sales.

From this book series, I've created this collection which specifically selected only the books which deal best with copywriting itself. The other two collections which preceded this dealt with the evolution of advertising itself, and defined salesmanship in a low-pressure scenario, which is becoming more the way online sales has trended. (In fact, you'll get banned on various sites if you try anything else...)

This collection is bringing you the best and brightest of copywriting experts – so you can learn first-hand what it is that is required to get sales from every ad you write.

For that is the test of good copywriting – it gets the sale.

Get Your Copy Today!
Now on Amazon and everywhere else as well:

Trade paperback (6"x9", 442 pages) available on Lulu and soon on Amazon and all brick-and-mortar bookstores:

Posted by robertworstell at 12:19 PM

Watch this space: A great book offer is about to arrive...